Dirk Schubert is Professor for Urban Planning at HafenCity University Hamburg. His research and publications are focused on Comparative Perspectives of Urban Waterfront Transformations and Urban Renewal Strategies including involvement of people and participation. This leads directly to Jane Jacobs, her work, publications and impact not only in North America, but also in Europe and other countries. Jacobs famous book has challenged the discipline of urban planning and led to a paradigm shift. Controversial in the 1960s, most of her ideas became generally accepted within a decade or so after publication.

Dirk Schubert organized an international conference in Hamburg in 2011 on the 50th anniversary of the famous book “Death and Life of Great American Cities” with international experts: “Queen Jane Jacobs. Jane Jacobs and Paradigm Shifts in Urban Planning and Urban Redevelopment”. Now, more than 50 years after her initial publication, in a period of rapid globalization and deregulated approaches in planning, new challenges arise. Of course it is not possible simply to follow Jane Jacobs’s ideas to the letter (“What would have Jane Jacobs said?”), but instead it is necessary to contextualize them, to look for relevant lessons for cities and planners, and critically to re-evaluate them and how some of her ideas might be updated.

Dirk Schubert has published two books on Jane Jacobs and several articles in German, English and Turkish and is also Chairman of the Fritz Schumacher Society (FSG) and President of the International Planning History Society (IPHS). 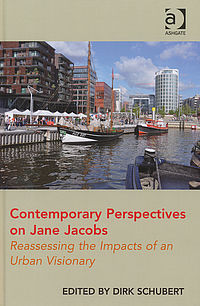 Professor of Urban Sociology Arnold Reijndorp has received the Rotterdam-Maaskant Price for his work and research activities in the field of urban sociology. In his research Reijndorp analyses the practice of everyday life in urban environments. He is highly respected because of his efforts to connect theory and practice and also to connect professionals and policymakers with inhabitants.

Between 2006 and 2016, Arnold Reijndorp hold the Han Lammers Chair at the University of Amsterdam at the Department of Geography, Planning and International Development Studies; the chair is dedicated to socio-economic and spatial developments of new urban areas. Reijndorp – trained as an architect at the TU Delft – chose early in his career for a socio-economic focus in his analysis of the city.

*The Rotterdam-Maaskant Price is a biennial price for persons who have distinguished themselves in special degree in the field of the reflection on architecture, urban planning and landscaping by publications, education and/or research. 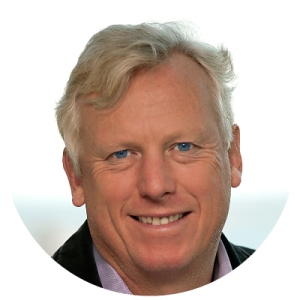 Please, note that the talk by David Miller will take place in a pre-conference event on May 23rd at 18:30h at the University College Rotterdam and is also part of the Rotterdam Urban Lectures organised by EUC. Registration is required. For more information please visit this page.

David Miller was Mayor of Toronto from 2003 to 2010 and Chair of the influential C40 Cities Climate Leadership Group from 2008 – 2010. Under his leadership, Toronto became widely admired internationally for its environmental leadership, economic strength and social integration. He is a leading advocate for the creation of sustainable urban economies, and a strong and forceful champion for the next generation of jobs through sustainability.

Mr. Miller has held a variety of public and private positions and university affiliations. He is currently an adjunct Professor at York University and a member of the Board of Directors for Centennial College. In his former capacity as Counsel, International Business & Sustainability at Aird & Berlis LLP, Mr. Miller advised companies and international organizations on issues surrounding the creation of sustainable urban economies.

David Miller is a Harvard trained economist and professionally a lawyer. He and his wife, lawyer Jill Arthur, are the parents of two children.